The Man Who Wouldn't Trust His Gifts 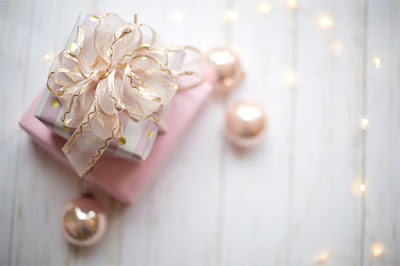 Eddie sat in front of me and proceeded to relate to me the energetic states of my Chakras. In two sentences, he also told me, patterns I have run in many past lives that I was already aware of. This young man's intuitive abilities amazed me.

This was a complete reversal of roles. Eddie had come to see me to help him clear what his past life programs that he figured were holding him back in this this lifetime. We had already asked for a complete SRT clearing of all the programs. His High Self assured everything was clear. It was a mystery why these life blocks continued.

The answer lay in his conscious mind -- in the 'beliefs' of the world he bought into. Eddie found it difficult to accept that his own innate gifts. He continued to believe that the power of clearing his path lay outside of him.

Ever since he was six, Eddie had the hardest time studying. Remembering information to keep up in class was very difficult for him. In spite of that he had earned himself an engineering degree. That was not easy, but it did get him a remunerative job that allowed him to travel. He was well versed in many energy healing methods and traveled often to training events and yoga retreats.

Through all of these, Eddie felt that he is not on the right track. There was something else he was cut out to do. And he was ever in search of this elusive 'something else'. Everything new he tried left him wanting. At the time of our meeting Eddie was registered in another course and was feeling the old resistance come up in a big way. He believed he needed a degree or a certification to eventually pursue the path of alternate healing, he now believed was his real path.

A series of questions to his High Self revealed that indeed 'alternate healing' was Eddie's life path. He had already come gifted with that ability. Here was a man who was highly spiritually connected, very intuitive and had a heart that was loving, open and compassionate towards others.

At the same time, he was also the man trying to live by the rules of society all his life. Over the years, he punished, berated and belittled himself on account of his inability to follow the beaten track. No matter how much he tried, it brought him back to the same spot --- 'this is not what I seek'. The struggle and the search continued as did the self castigation.

Eddie's path is a simple one, but not easy in this world. Let go of the need to struggle. No need to paddle upstream as Abraham' says. Lift the oars and let life and love itself guide you. Let your inner voice speak. The soul's plan cannot be repressed, or suppressed for long. The less you resist the sooner you will get there. The more your mind wants to take charge and force it in a particular direction, the longer the delay.

For folks like Eddie, who have come with a strong spiritual agenda, the ways of the world only thwarts them. It is learning the art of allowing that will eventually liberate them. Their way is not the way of the ego, but the way of Spirit.

http://www.VisionWholistic.net
Creating the ability to see Wholeness
By Malabika at December 28, 2015 5 comments:

Love or Control? Which Would You Choose?

Can a parent move from the overwhelming desire to direct and control when a son is clearly headed down the slippery slope? This is probably one of the greatest challenges of parenting.

I thought I would share this poignant story of Lily and her son James (not their real names).

A wonderful young man in his twenties, James has had the hardest time fitting into the system. This young man is sensitive, loving and kind and very creative -- not exactly the qualities society expects of a young man. Hence his trouble. At some stage, like others with similar difficulties, James started to flirt with drugs.

Lily moved through all the stages that any caring mother would. From the initial disbelief, to finally recognizing, and then supporting James in addressing the issue. She discussed, she persuaded, she cajoled, she explained, she reasoned, she bargained and eventually spelt out the riot act. Lily needed to do something, to fix it, to feel that in some way she could influence the boy's decisions. She needed him to be in control of his life so she could be on top of hers.

Despite his genuine resolve to set matters right, James was by now so deep into the mess that he required professional help. Lily offered to get him that too. But James would have none of it.

Lily had run out of options, alternatives, strategies for action. Nothing seemed to help. What now?

Instead, Lily was going surrender to the process, and surrender with love. She recalled in her mind what a wonderful child James had been, the joys they had shared. She reminded herself that James had his own spiritual journey to follow that was not up to her to control. Her job was to love him and trust in his ability to find its way out of the maze. Her job was to be there when he needed her counsel and to respect his being.

This was a 180 degree turn around in mind set and attitude for Lily, not something that happens automatically, but with deep conviction and dedication. Lily was not about to take short cuts. Her son's future was at stake.

She used all the tools in her spiritual and energy healing toolbox to stay on track. Most of all she maintained her boundaries and made sure James had enough space to make his choices without her interference.

"Change the way you look at the world, and the world around you changes."  These are Dr. Wayne Dyer's wise words. It took about two weeks for the real change to take place in this case. Mother and son had barely been in touch during this period, both acutely aware of the need to respect the other’s boundary.

On that bitterly cold and rainy night Lily found herself becoming anxious about James's whereabouts. Not allowing her anxiety to overcome her, she sent him a short loving text message. It was as if she had just opened the door James had been waiting for. He reached out to her for help like never before. He was sick of being sick and tired. He was done with this kind of life. He wanted to change. In the space Lily had created for him, James had finally come to realize the depth of his despair, and also the fact that no one could help him unless he wanted to be helped. He was ready now.

A very relieved Lily was glad to provide the support she had for so long wished to give James. And now that there were no controlling shackles to push against, a very determined young man realized his rare good fortune that his mother was lovingly standing by to support him.

He is well on his way to recovery. Doing could not accomplish it, loving did.

Creating the ability to see Wholeness
By Malabika at May 05, 2011 No comments: 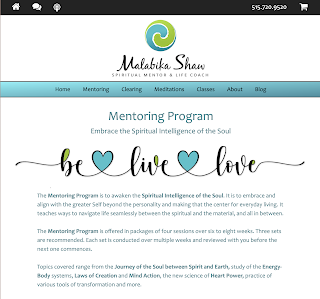